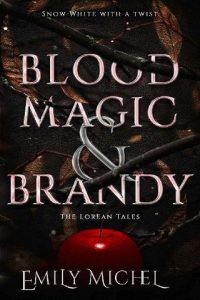 Princess Not-So-Charming rescues a lordling in distress, turning the classic story of Snow White on its head with warrior women, cunning men, and a fearsome fairy godmother in this adult fantasy romance.
Too many people tell Crown Princess Ranunculus what to do, how to act, and who to be. As her twenty-first birthday approaches, so do new, unwanted responsibilities on her father’s council. The worst of these is the search for a royal consort, a marriage that will prioritize the good of the kingdom over the preferences of her own heart. Rane squeezes as much joy into her days as possible before her obligations take over her life.
After the Baron of Otero’s long illness left him incapable of governing, the honor should have passed to Lord Nevar as the eldest son. Yet through a convenient quirk of the law, his stepmother holds all the power. He’s been posing as a worthless lordling but now has a chance to prove himself as an ambassador. If he plays his cards right, he can finally claim his proper place. Though intrigued by the outlandish princess, Nevar is too far below her in rank to make a good match, and he has a barony to fix after much neglect.
The two flirt shamelessly, knowing their destinies lie elsewhere. When Nevar is framed for murder, Rane comes to his rescue and sends him to her friends in the forest. Proving his innocence is harder than she thought, and time is running out. Nevar wants to leave, Rane wants him to stay, and someone wants him dead.