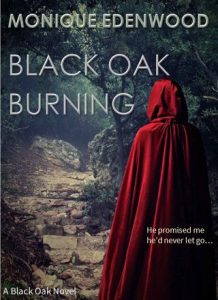 Cameron’s relentless craving for me never seemed to end, even when it seemed that he may end up claiming his victory over Jack.

The irresistible odyssey into his dark dreams of domination thrilled me to my very core, breaking some of the chains holding me to Jack and setting my soul on fire with the fervor of relentless lust and unspeakable threats of ecstasy.
The incessant magnetic pull of his hard, capable body and the yearning in his determined eyes overpowered all attempts at reason. And he knew it acutely.

Just as it seemed the storm had begun to still, demons that had long haunted Cameron started to resurface and Jack launched an all-out assault on my senses and need for protection, pulling me into his dizzying vortex of indecent desire and fervent obsession and making it clear to me that I would always belong to him.

I had no idea the Society would be watching our every move, waiting for the moment to strike, allowing Manhattan’s most powerful patrons to take their revenge on Cameron.
And Jack.
And me.
If I let them.

Would we all make it out?

Black Oak Burning is the scorchingly hot sequel to Enter The Black Oak and Part 2 of the Black Oak Trilogy. It starts with an explosive release which will leave readers breathless and giddy as they prepare to experience the ecstasy and torment of those who enter The Black Oak.

For a Mature Audience.