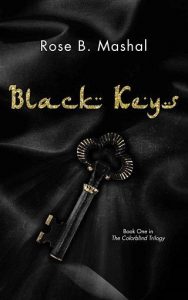 To save a stranger’s life, she put her own in the hands of a man who represents everything she loathes.

American CEO Marie Archer sent her brother, Joseph, to the Arab Kingdom of Alfaidya to open a new branch office. He returns with the contract and news of his engagement to a princess.

With the surprise royal wedding only four days away, Marie’s Catholic upbringing makes her question the rush, but she swallows her misgivings and agrees to attend in order to make Joseph happy.
Disoriented by the language barrier and bewildered by Muslim wedding traditions, Marie is further confused by her elevated role in the wedding party. She is paired with the bride’s brother, Crown Prince Mazen Alfaidy, a breathtakingly handsome man with mysterious eyes, whose silent attentions leave her disconcerted.

Marie’s joy for her sibling is cut short by her brother’s betrayal. Joseph forces her into an arranged marriage with Prince Mazen in a Sister Swap, to save his own bride from a horrible destiny.
Confined in the palace with a husband she doesn’t know or trust, Marie’s life is riddled with lies and secrets. Royal intrigue, traditions, and rules have put her in danger. Now, the new princess has a lot to learn, and many black keys to find.

Can she open her heart to a world so unlike her own, or will her prejudices prevent her from finding happiness?
Because when it comes to love, rules blur and traditions fade.

*A Multicultural Romance filled with drama and suspense.