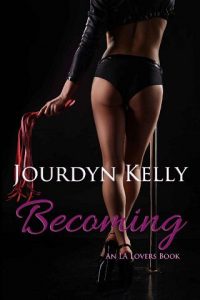 Trigger warning: There is a scene in this book that depicts drug use and intense domestic violence.
A hot new lesbian romance! Can a Dominant allow herself to be dominated? Can a woman who defies authority allow herself to submit? Will love come out on top in the end?

You met Rebecca and Cass in Fifty Shades of Pink. Now get Rebecca’s perspective of their first meeting and see her journey to BECOMING Mistress.