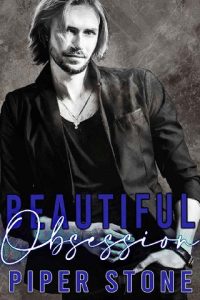 First he swept me off my feet. Then I became his possession.

After being left at the alter in front of several hundred guests, I turned the posh reception into a glorious party. When a handsome, mysterious stranger asked me to dance, I wasn’t prepared for the level of passion he evoked.
One night. No strings. Only first names. He told me he was a very bad man, but that only added to the excitement.
When he suddenly appeared on the same tropical island days later, I realized he had a hidden agenda. Unable to resist the temptation, I succumbed to his dominating method of seduction, accepting his harsh discipline. Yet, as his touch sparked a fire deep within, his kisses igniting my hunger, I sensed danger lurking in the shadows.
Even though I couldn’t resist his beautiful obsession, I refused to give him my heart.