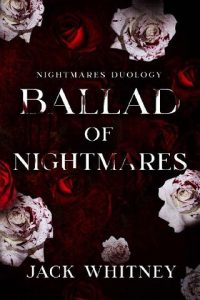 When the ravens and crows begin acting odd on the morning of Death’s Day, Samarius Cain knows someone dangerous has entered his kingdom. The witches’ texts warned him of this and warned him that he, Death, would meet his match when the ravens fell. After centuries of waiting, he’d begun to think the text was just a fairy tale…
Until he spots the Tower of Chaos and Destruction herself, Deianira Bronfell, mingling with his people.
Shadowmyer is the last domain on Deianira’s list. Death’s kingdom, if the rumors were true. Samarius Cain. No one knows what he looks like, and no one can get into his castle. But Deianira isn’t walking away without her final crown. She has a plan: climb the ladder. Get close. Seduce who she has to and kill the rest.
Nothing will keep her from her final conquest… not even the man she finds herself entangled with and unable to stop herself from falling for.