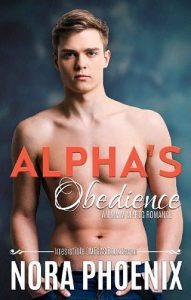 He’s determined to bring two enemies back together…but his own heart gets in the way.
When pregnant omega Sivney is asked to take care of a wounded alpha named Naran, he agrees. Naran is combatant, bitter, and determined to keep everyone at a distance, but especially Lev, the fellow alpha he betrayed in the worst way. Not that that’s hard, since he’s confined to his room after injuries to both his legs.
Sivney thinks that’s BS. It’s easy to see Naran and Lev belong together, even though relationships between two alphas are uncommon. But Lev needs something only Naran can give him, so Sivney is determined to bring them back together.
It works, until his own feelings get in the way…
And outside the PTP ranch, things get worse and worse… How will the pack survive?