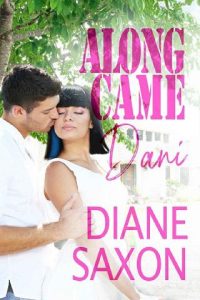 Deserted by her boyfriend, labeled a tramp, and thrown out of her family home, a pregnant sixteen-year-old Dani Westin left behind a life she would rather forget.
In a small town where relationships are close and gossip rife, Dani tries to find a place for herself and her daughter, despite the early influences of her upbringing and the neglect of her mother.
With help from Aunt Jessie and Hairway to Heaven, Dani works hard, keeps quiet, and flies under the radar, ever conscious of the town’s disapproval. Until the day she soaks the local deputy sheriff to the skin, grabs herself a whole load of unwanted attention, and appreciates what a real man is made of.
After his first encounter with the defensive sixteen-year-old Dani, Deputy Sheriff Sean Swann has kept his distance from the luscious hair stylist. Not afraid of the trauma she might inflict on his person, he’s more concerned about the damage she may do to his heart.
For years he’s waited, but when he considers the time is right, Sean makes his move, undeterred by the disasters that come his way. Patient but determined, Sean realizes Dani needs to leave behind her past for them to have a future.