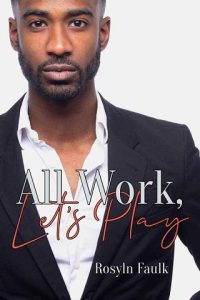 Devastated after being left at the altar, paralegal Gage Archer feels lonely and unwanted. His breakup opens wounds from his turbulent childhood in the foster care system, exposing abandonment issues and trauma he’s never dealt with. His relationship with his adoptive sister is his lifeline, but he has no other support system. What’s the point of making friends when everyone is going to leave anyway? At least he has a job he loves. He’s the best legal researcher at his firm, and he feels good knowing his hard work is helping people.

When Gage accompanies his boss and a newly hired lawyer out of state for a high-profile case, he isn’t sure how he’s going to survive a month living and working with two jerks. But if he keeps his head down and concentrates on doing the best legal research he can, he knows he can get through it. Except things are never that simple. The case is dredging up parts of Gage’s past he’d rather keep buried. His boss is overbearing on the best of days. And that new coworker? He’s the brother of his ex-fiancé, Joyce, and Gage is pretty sure the guy hates him. Or does he? As the three men work together, emotions run high and they find themselves connecting in ways none of them expected. The life Gage has always longed for is finally within his reach, but he’ll need to find the courage to break out of his shell and choose to make it happen.