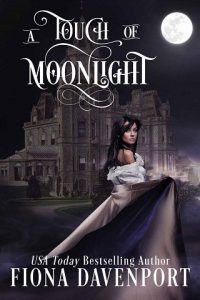 Liam Bancroft thought he’d lost his chance at happiness more than five hundred years ago. He was positive his childhood friend was meant to be his consort and devastated when she rejected him. He learned of her death before having the chance to touch her and gave up all hope.

Amaia Greene learned that vampires existed three years ago. She’s been looking forward to being claimed as a daywalker’s consort ever since.
Can Amaia live with being Liam’s second choice?