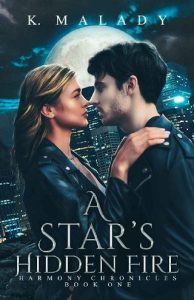 Alec must steal a wicked soul to avoid losing his immortal wraith powers. In a sleepy town in North Carolina, he finds the soul he seeks in a surly eighteen year old named Eli. And then he meets Eli’s twin, a pure souled woman who is immune to Alec’s gifts.
All Azalea wants is to leave her home and experience life outside her small town, somewhere far away from her troublesome twin. She knows Alec can give her that chance, if he stops obsessing over her brother and acts on their mutual attraction. Then, she’ll have the life of her dreams.
But Eli can’t stand Alec and the attention his sister gives him. If he can manage one more scam, he’ll set them up for life, and she’ll have no reason to leave with the weird stranger. Until Alec ruins everything.
And Michael, Alec’s supernatural mentor, just wants to get laid. But the party stops when Alec’s inappropriate fascination with Azalea threatens to reveal the secrets of the wraith world and break the Rules they must abide by.
As dangers approach, the line between ‘human’ and ‘monster’ thins. Secrets and lies threaten to destroy them, until they discover that the secrets they keep from each other are just as dangerous as the lies they tell themselves.