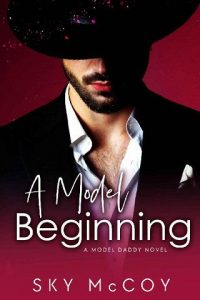 It had been years since Jillian DeMarco had a passion for anything except being the best American Designer in the world. He’d had many a lover and especially the ones who thought that the best way to become a high paying male model was to have a relationship with the most famous designer in New York.
Jillian had been down that road too many times, and he didn’t want that anymore.
He needed a real model. Not one who was more interested in how he looked lying on Jillian’s designer sheets. And he needed someone to love and love him.
And then there was Skylar James, devastatingly handsome, wickedly beautiful, and Jillian knew if no one in the world was capable of breaking his heart, Skylar would do what no other man was capable of—making him celibate, or worse.

Will Jillian go down a path most gay men fear to tread?
Will Skylar be the end of Jillian?