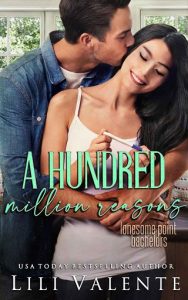 If Yasmin North knows one thing for sure, it’s that love sucks. That’s why she’s moving forward with her happily-ever-after solo plan, with the help of a sperm sample from a six-foot-two donor who apparently holds a doctorate in both computer science and social work. Meaning he’s brilliant and kind—talk about superior baby-making DNA.
But when the sperm bank informs her the sperm she has her heart set on was mistakenly sold to her from the storage-only database, Yasmin declines the refund and sparks up a please-let-me-have-your-baby-batter email negotiation with the unnamed donor instead (albeit, not very successfully). Add in her mother’s prize-winning rooster terrorizing her around her parents’ farm and so far, Yasmin’s move back to Lonesome Point is proving less than ideal…
The first time Noah O’Sullivan visited his cousin in Lonesome Point, Texas, he fell hard for the fun, quirky little town. So he’s not really surprised to find himself falling hard for a fun, quirky Lonesome Point girl. The moment Yasmin races past him, chased by a giant demon rooster, his gut utters two words—yes and mine.
It’s clear he and Yasmin have an instant connection, but convincing the wounded woman to let him be her knight in faded blue jeans is proving harder than he expects. Especially when he discovers she’s the woman who was accidentally given his sperm sample…