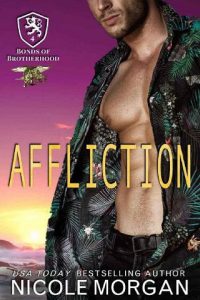 Beatrice Collins is known as the demure and obedient sister of Last Chance’s overbearing Pastor Collins. But enough is enough! She’s tired of watching as woman after woman has a beau come and her brother refuses to let her send for one, telling her she needs a Godly man, and that God will provide. Maybe He will or maybe God helps those who help themselves. When one of the men seems to be forsaken by his bride-to-be, Bea sees her chance and takes it, even as her brother surprises her with a traveling preacher he’s promised her hand to.

Sam Yorkshire’s arrival in Last Chance didn’t go as planned. His bride is missing or at the very least avoiding him. Yet he can’t deny the attraction he has almost instantly to Pastor Collin’s sister Beatrice. Only she has another beau. What’s a man to do when the woman he wants can’t seem to make up her mind? Especially when outside forces seem to be trying to tarnish his reputation in her eyes?

Will Beatrice follow her heart to the man who has captured her attention or will she settle for the hand-picked fiancé her brother presented? Can Sam overcome the attack against his character or will he have to watch the woman he desires choose another? Can there be a last chance at love for these two or is another to become a groom for Bea?