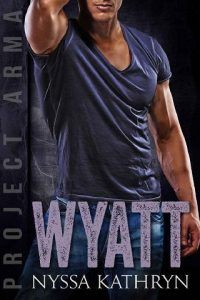 A story that could cost her everything…

Investigative journalist Quinn Ross isn’t a woman who can just let major news pass her by. So, when she stumbles across a story like no other, she makes it her mission to report it to the masses.
She doesn’t count on the lengths to which some may go to keep her story from seeing the light of day. When Quinn suddenly finds herself in need of escape, she heads straight for tiny Marble Falls and her brother, Mason.
When he’s not running his company’s IT department, Wyatt Gray—former SEAL and co-owner of Marble Protection—spends every spare minute searching for those who betrayed him. The ones who turned him and his teammates into something beyond mere mortals. He doesn’t have time for distractions—but that’s exactly what he gets, in the form of his best friend’s sassy, spunky, sexy sister…who’s moved in right across the hall.
From the moment they meet, Quinn and Wyatt’s chemistry is combustible. But they both have big secrets. Then there’s Mason, who may consider Wyatt a brother, but he might still kill him for lusting after his baby sister.
But soon, none of that matters. When a killer sets his sights on Quinn, any chance at happiness with Wyatt may end before it’s had a chance to begin.