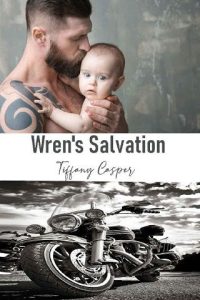 For six long years, Mackenzie had wondered what had happened to the man she had met on the night of her eighteenth birthday. Was he okay? Would he even remember her?
For six long years, Lincoln had to stop himself from walking to the front door of her house and knocking on it, if only to see her smile at him one more fucking time.
As fate would have it, she demanded her will to be done like always.
On the day that Lincoln’s world flipped upside down completely, that was when he saw her.
She was the sun when everything he knew about his life had changed.
Would she remember him?
Mackenzie had been going through the motions, living her life, but never experienced that once-in-a-lifetime love that she had dreamt of since she was a little girl.
Had she used that particular number, would they have been together the past six years?
Surely a man like that was married with kids by now. No way would he not be taken by someone that probably didn’t deserve him.
Only, Mackenzie had been right about one thing, he did have a child.
Would they feel the same as they had six years ago?
Would they be able to navigate a life where others don’t want to see them succeed?