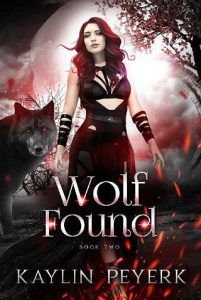 The princes are now kings.
Everything changed during the four months her wrecked body took to recover, and now Jayden has no idea where she stands. While the people of the castle address her as ‘your grace’ or ‘my queen’ they have yet to marry or complete the mating bond. Not that it’d be a problem any longer. Her resistance had fled with her father, leaving her heart open for the triplets to slip inside.
Yet romance and marriage seem to be the least of her problems.
Now that her true alpha power has been exposed, Jayden’s life becomes a living hell of political men vying to use her for their own gain. Not only do the nobles salivate at the idea of what offspring the kings and her powerful alpha/omega blood can produce, but it seems the people around her know a hell of a lot more about her predicament than she does.
Apparently, true alpha’s are the apex predator. Above supremes. Above kings. Above Gods. If she can harness it, then Ellion could be the powerhouse of the world for decades to come. But a dangerous shadow lurks in her own mind, threatening to swallow her whole.
War is coming.
In the midst of learning about her new power and attraction to the kings who help her wield it, enemies circle their country on all sides. During the years of peace, many other countries were gearing up for the opposite. Not only that, but Jayden’s father had done a hell of a job destroying their military strength on the way out, leaving their army in shambles.
Can the kings and Jayden pull Ellion together before it’s too late?