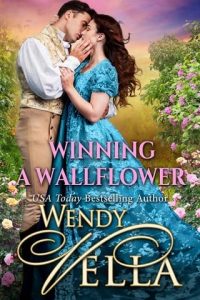 Their course was set, but the game of love changes everything.Can a well placed arrow bring them what their hearts desire?
Miss Ivy Birdwhistle’s first season had been a disaster. Four years on, and not much had changed, except her aunt had promised this will be her last. All she had to do was support her cousin at Lady Pandora Osborne’s house party, and her tor
All was going to plan until the enigmatic man who had saved her from ruin four years ago returned from his travels. Bramstone Nightingale was her handsome savior. It’s clear he does not recognize her. And it’s also clear that he is determined to ignore the fact she is the most unpopular guest at the party. With him continually seeking her out, and Lady Osborne insisting she compete in the archery competition, her careful plans are deteriorating.
Bram was a vastly different man than the spoiled indolent one who walked out on society. He’s learned control and will no longer willingly follow the dictates of his family. And this is what draws him to the shy wallflower, Miss Ivy Birdwhistle.
With her hideous dress sense, and need to make herself invisible, Bram is intrigued to know why she is hiding. When he discovers her secret and that he played a part in the woman before him today, he is forced to face something he’d never believed himself capable of. His heart beats a little harder when Ivy is near and suddenly his most dangerous adventure is the one he faces pursuing her.

Winning A Wallflower was originally released in the Wedding Wager Anthology.