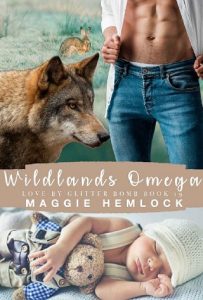 For most of his life omega wolf, Bellamy, has been on his own. His parents disappeared into the wilderness of Chicago when he was only twelve. Never a wolf to give up he made the best of a bad situation and just kept going. He’s seen megalomaniacs and wannabe tyrants come and go in his hometown his whole life. When an Alpha wolf who calls himself, Reaper takes over his neighborhood Bellamy figures he won’t be any different than the others. He’s lived through guys like this before. Only push really comes to shove when Bellamy finds himself a prisoner in his own apartment with only his dead friend’s newborn for company. With a baby counting on him, he knows he has to find a way to save them both before it’s too late.
Alpha, Thorne Canton, isn’t just all talk when it comes to taming the Wildlands. Along with his best friend, Philip, he’s stuck to his guns and continued to help out even when the leader of his group would’ve liked him to leave sleeping dogs alone. After a young seer imparts a vision to him, he knows he’s on his way back to the city in ruins because what else does a guy do when he has even the slightest inkling the true-mate he’s yet to meet is likely in danger?

When the two meet against the odds the world still burns around them. Will they be able to face the past and the future together or will the Wildlands swallow them and their friends whole?