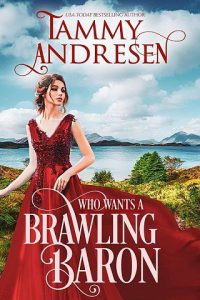 He’s every marriage minded mama’s nightmare…
Lady Charlotte Summerset, known only as Charlie to everyone who loves her, knows when to leave a man alone. She had plans for a husband and family but the Baron of Balstead is not the man for such dreams even if his darkly handsome looks make her heart race in her chest. But when he arrives at the very house party she’s attending, he’s difficult to avoid. And when he finds her alone in the garden on a beautiful summer’s eve, can she even remember why she was trying?

She’s the most sought after debutante in England…
Since the first moment he laid eyes on Lady Charlotte Summerset, she’s haunted his dreams. Which is why he’s stayed as far from her as possible. The last thing he needs is to get caught up in feelings. He’s a first-class rogue and proud of it. But when he needs to help a friend, he finds himself face to face with the woman he’s been trying to avoid. Worse still, she’s so much better in the flesh.

And when he finds her, standing alone in the garden, bathed in moonlight, he forgets all his promises. That’s what rakes do after all, they steal kisses and compromise rules. The problem? One touch of her velvety soft lips and he’s hooked. He should have known that one kiss would never be enough. Kissing Charlie was playing with fire… And everything he thought he knew about life and love is going up in flames.