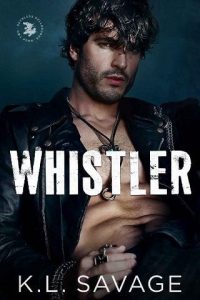 There’s a whistle in the wind.
And the sound doesn’t just belong to me.

I became my own version of The Greatest of the Great when an injury stole my dream.
I found a healthy alternative for my rage so I can still swing my bat.
If someone has the unfortunate curse of being on the other end of my swing, they’ll hear a whistle before they die.
And it’s how I’ll kill any men who dares raise a fist to a woman.
It’s the vow I made a long time ago, but when I meet Charlie, I learn a vow won’t ever be enough.
The second I speak to her, I know. When I shake her hand, I feel her screams in my bones.
The way she acts sets off every alarm inside me.
She’s terrified.
She flinches at every move and sound, every promise.
And her husband is to blame.
Physical, mental, and emotional abuse, yet she finds a way to love him.
That’s when I learn it isn’t about love for her, it’s about survival.
While she figures out a way to live, I figure out way to get her out of there.
And I’m nearly too late.
Loving her means defeating him.
She has no idea what kind of man he truly is. He’s got a secret.
And I’m going to set it free.

Charlie is stronger than she realizes, but the moment she does…
I hear it in the wind.