Home
Paranormal / Sci-Fi
Which Upon by Jayne Bicker (ePUB) 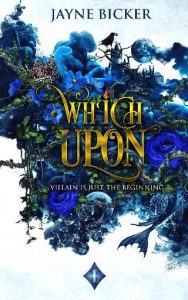 Which Upon (Wicked Enchantment #1) by Jayne Bicker – Free eBooks Download

Dusk plays many roles and ‘witch’ is just one of them.
Since the Great War between elves and beings, the Dyr kingdom has remained in poverty because of a particularly awful, magic-weaving villain. Or at least, that’s what Dusk let’s them believe. Vexed by the king’s ignorance about his beings, she plays the part of ‘wicked witch’ to create a charming and intelligent hero out of the prince. However, when a mysterious Clubs kingdom councilmember arrives for help, the villainous deeds turn more impulsive and complicated. They are led to uncover siren murders, a new addictive drug, vanishing halflings, and something much more sinister.
In this tale, who is the real villain?