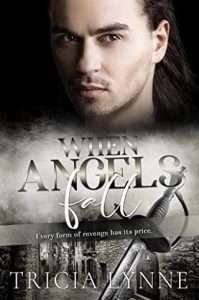 Fifteen years after a botched murder attempt by his twin brother, Niles, Nicholas St. Aubyn has returned to England. Nothing will stop him from burying his infant son in the St. Aubyn cemetery. Not even the fact that he could be hung for piracy. Vowing to retrieve his birthright for his daughter, he takes a part in a play hoping to ruin his brother’s reputation as an esteemed theologian. At the theatre, he meets a talented actress with dark secrets of her own.
After surviving an abusive marriage, Isobel Montigue is a titled lady with a scandalous reputation. With no hope of marriage, she longs to make her life remarkable. While her brother’s on holiday, she takes the chance to follow her childhood dream to act. Nicholas and Isobel are chosen for the lead roles and as tensions heighten in the play between the characters, the attraction soars between them. When Isobel is confronted by her abusive brother-in-law, Isobel must put her fear of rejection aside to trust Nicholas with the details of her past. But will the truth keep them together, or tear them apart?