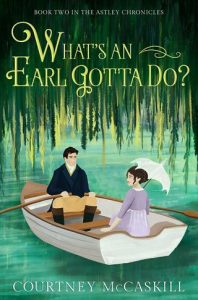 He lost her once. He can’t bear to lose her again.
Michael Cranfield, the Earl of Morsley, has been hopelessly in love with the girl next door, Lady Anne Astley, ever since they were fourteen years old. This made it particularly jarring when she went and married someone else when his father sent him on a secret mission for the Crown in the wilds of Canada.

Now Anne is a widow, and Michael has a second chance to be with the woman he loves. He’s determined to marry Anne, take her back to Canada (where’s he’s spent the past four years training to be Governor General,) and wrap her up in cotton gauze so he’ll never have to be parted from her. Anne still cringes when she recalls the day she learned with absolute certainty that Michael only saw her as a friend. But she isn’t the biddable girl Michael remembers, not any more. She’s found that being a widow, answering to no one, and running her London charity precisely as she sees fit suits her just fine. She does want to remarry because she’s always yearned for a large family, but only if she can find a husband who will support her in the charity work that means everything to her.

And if Michael Cranfield thinks she’s going to give up her charity to move to Canada, or let him boss her around, then he’d better think again! What price will Michael be willing to pay to be with the woman he loves? What’s an Earl Gotta Do?