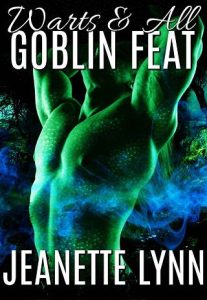 Whispers of change are on the wind.

The mother tree is looking fuller than ever, her branches heavy with seedling leaves and fresh blossoms ready for the wind to take them.The carnivorous plants are in bloom. The first sapling looms.
But for the new additions to their burrow, a sassy witch and her plump tabby, it would appear as if their burrow remained unchanged. Yet all felt nothing was, nor would it ever be, the same.It hovers, lingering, electric. You can feel it.
Puhkke still tends the hearth, if now with his bride by his side, eager and happy to lend a hand. Warthaug engages in the hunt, if his trips seem to grow shorter and shorter with each trek. Speht does… whatever it is Ru hasn’t quite figured out yet exactly it is the perpetually scowling, grumbling Kobold does. Aside from barking at them for some odd offense or another, real or imagined, and stomp around.
Warthaug doesn’t do change, but being left alone for years to watch over the hearth has warped his perspective. Of all the recent changes upon their burrow, Ru unnerves him the most. The little mouthy witch doesn’t shy away from his cursed hide. The look in her soft brown eyes, it’s as if she sees him, sees beyond the curse. Why should she care for him, an ugly, cursed Hob, an abomination? She must be doffin’ and dogly, crazy. It would explain why she’s so taken with Puhkke, his odd burrow brother.
The Hob of a Goblin has never wished for softness, kindness, for someone to look at him the way Ella, as he thinks of her, does his burrowkin. He couldn’t say he’d ever cared if anyone understands him, sees his heart. Until Ru… The hunter of their hearth finds himself coveting a certain curvy witch with a wicked sense of humor.
When an odd run-in finds Ru cursed and scrambling for a cure, sending the hearth into an uproar, Thaug is faced with acknowledging the truths right in front of his wart covered face he’s been denying all along.
Puhkke’s suggestion to cure his mate is the last thing Ru could have imagined. Could it work? Is she willing to try it? Sometimes, she’d swear he can’t stand her, the way he practically jumps at the chance to be away from her.
Worse than sweet ice cream balls threatening to freeze your brain or a bathroom covered in body lotion, Ru is in over her head with this cursed business. The Hob with the secret might just be her only hope. The question is, is Thaug willing to risk what he’s painstakingly worked so hard to keep hidden, buried within his burrow?