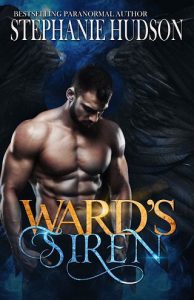 Eden might have been named after the paradise her mother believed she grew up in… but she was far from that paradise now. No, thanks to her brother, she was more like up shit creek and without a paddle. The kind where hungry crocodiles were chasing after her, only these were armed with guns and sent by the leader of a drug cartel.

Yep, she was so screwed!

Well, that was until a handsome knight stopped to save her on the side of the road, and instead of finding her in a boat, it’s her broken heap of a car that’s one drive away from a junkyard’s resting place. However, the moment she speaks, the gorgeous mystery man, the one full of muscles and a dangerous edge to his voice, seems utterly transfixed by her and is soon intent on offering a lot more than just his help.

Eden has to admit, she is more than a little tempted to see what a night with Mr expensive car and sex on a stick would offer her. But then a quick reminder of her situation is enough to send her dream man on his way.

His way to the notorious club Afterlife.

A place Eden was also on her way to, in hopes of gaining the help she knows she could find there. Because a powerful family owned the club… The Dravens.

However little does she know that Afterlife isn’t all it seems to be… as there is a lot more than alternative people all looking for a good time in a grand Gothic setting. Because the VIP holds more than the wealthy and the beautiful. It holds the world’s elite in power and unfortunately for naive little Eden, there is nothing human about it.

Oh, and as for her mystery man…

He just so happens to be one of those elite powers, which means he too is far from human and he has his hungry gaze firmly set on only one curvy little mortal.