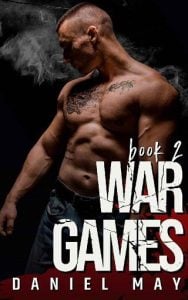 Sons of opposing mob bosses, secretly married at a young age, Nerva Alms and Joseph Pascal were doomed from the start.
After his father’s gruesome murder, Pascal was mutilated and banished. Nerva, thinking him dead, grieved in private and grew to replace his own father as head of the Hanged Men.
Now, ten years later, Joseph Pascal has returned… and means to reclaim what is his.