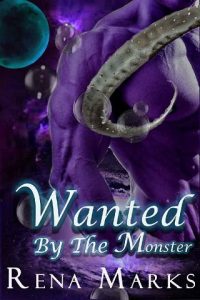 Now her ten long years of servitude are up, and freedom is but a lick away. Until the time comes to free another’s life with just a few more years added to her tenure. And then a few more. And soon there’s nothing left to bargain with.
She’s owned by the President of Earth. The most evil man on the planet.
Jaire, captain to the Adroki clan, sees Anya for the first time and instantly knows this human belongs to a beast like him. But how can he convince her when Anya refuses to save herself and leave the appalling conditions she dwells in?
He won’t give her a choice. He’ll throw her stubborn little frame over his massive shoulder and cart her from the house of debauchery where she lives.
He never intends to kill her. Because how is a male to know the maiden is imprisoned by a choke collar?

This is book 3 in the Matched Program Series.
The gorgeous species called Britonians had left their planet with a dying sun. They reached an agreement with Earth to clean up our ruined planet with their modern technology in exchange for a new place to live. If it were up to women, we’d allow them to live just to look at them. The Brits are amazing, gold skin, tall and muscular, like avenging angels.

When they hear that most of our men died in the third World War, leaving the sexes vastly mismatched, they offer to begin a Match Program with a distant planet in need of females. It will be completely professional, personality-matching, compatibility, and the possibility of procreation. Plus, the human females will have a guaranteed choice after six months: Remain with your alien mate, or come home to Earth.

None of us expected the gorgeous alien species to introduce us to horrifying monsters.