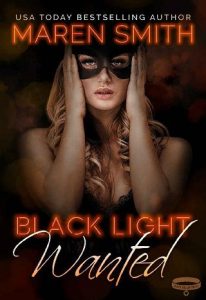 He had her the longest… he hurt her the most…

Anna “Pony” Mitchell should be dead. Abandoned by her Menagerie sisters and shot by the only man she’s ever loved, now the hospital has declared her “unfit.” She has thirty days to prove them wrong or spend the rest of her life hospitalized.
He lost his leg, his job… and almost his life.
Marcus Hawke knows he’s not much good to anyone anymore, but when an old friend calls in a favor, he doesn’t say no. It’s been years since he’s deprogrammed anyone this badly wounded, but for every inch of progress she gains, he soon realizes he’s got bigger problems. It doesn’t matter what lies he tells himself, she isn’t just a job anymore.
He wants her…
But after all she’s been through, she deserves better than what a half-man can give.
She wants him…
But after all he’s been through, he’s made it clear he’ll never be her dom.
For two people at rock bottom, there’s only one choice left to make: Do they help each other heal… or drown?