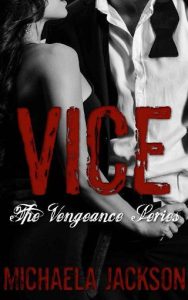 Viper
Things weren’t supposed to get so complicated.
She helps me take over a billion-dollar criminal empire.
We eliminate both our enemies in one fell swoop.
And despite the fact that she once left me for dead…
I never plan to let her go again.
The problem is that I never thought about what I’d do with her afterward.
She’s too valuable to kill.
Too resourceful to waste by making her a trophy.
Too dangerous to allow to be left idle.
So much more than a good time in bed.
I can’t figure it out.
But I do know she’s my weakness.
She could ruin everything I have planned.
So I’ll just ruin whatever she has planned first.

Dele
It was all supposed to be so simple.
He used to be my everything. Then my enemy. Now tenuous allies.
I help him take over his boss’s billion-dollar criminal empire.
We eliminate all his enemies and mine in one fell swoop.
But the thing is…
Despite all the betrayal.
Despite all our sordid and complicated history.
Despite all that, I still love him
But I can’t allow that to get in my way.
Because he’s a monster. I can admit that now.
And while I may have some control over the beast, he could ruin everything we’ve worked for.
I love him.
But I can’t take that risk.
Even still, that won’t stop me from letting him take me to his bed.
Unless I absolutely have to do away with him, I won’t feel guilty for giving in to this vice.