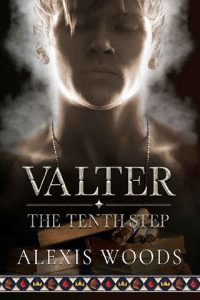 One day, his parents would insist he marry a woman of royal lineage. Prince Valter knew this to be true. He hated knowing how his life would play out, but ever the dutiful son, he attended his lessons in literature, art, diplomacy, and weaponry. Day after day, he endured the bullying by his brothers, the badgering by his sisters, the snide glances by his tutors, and the silence from his father. His mother’s doting was more than enough.
Life liked to throw him curves, though. His brothers would find new ways to torment him, his sisters would tease him without mercy, his tutors would give him the hardest subjects to learn, and the weapons marshal would work him to exhaustion. While his parents arranged for grand balls, hoping a visiting princess might catch one of his brothers’ attention, or the bountiful lords of society might deem to court his sisters, the opposite sex just didn’t do it for him.
Turns out he needn’t have bothered worrying. The Fae had blessed him, and Fate had already decided on the one… make that two for him.