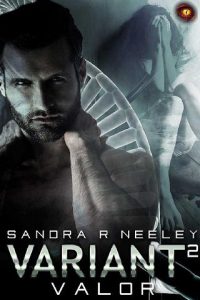 Valor survived betrayal, captivity, torture, and DNA manipulation along with his special ops team. Most of the males who survived this testing and restructuring have no memory of who they were beforehand. Valor, however, has repetitive nightmares that are always the same. A female running after him, calling out for him — only she’s calling him another male’s name. She’s desperate, begging for him to wait for her, come back for her, but he doesn’t know her and other than in his dreams has never even seen her. He can’t sleep, he can barely function, and he’s becoming a danger to all who depended on him. Then on the way home from a meeting with military brass, he sees her from the window of the vehicle they are traveling in. He jumps from the vehicle and pursues her, snatching both her and her daughter from a very public grocery store parking lot, and takes them back to Alliance with him.

Becky has struggled for five years to scrape out a life for herself and her daughter. She lost her husband — a special forces soldier — before she ever gave birth to her baby. The military refuses to give her any information at all about the incident that took his life, stating only that he was at first missing in action, then confirmed dead while carrying out a critical mission. Angry and resentful, blaming the military for the death of her beloved husband, she refuses any benefits that she may be entitled to and moves across the country to Texas in an effort to start fresh. It’s hard most days, but she’s managed. Until the day she’s kidnapped from the parking lot of her local grocery store by a man who places a hood over her head and angrily growls commands at her as he shoves not only her, but her four-year-old daughter, repeatedly to the floorboard of the car.

Becky and Valor forged a connection years ago that even memory loss, and DNA manipulation cannot sever. Valor refuses to allow her to leave his side. He doesn’t know who she is, but he does know it is his responsibility to protect her. While at first terrified, Becky becomes furious when she realizes the lunatic who’s kidnapped her isn’t even supported by those associated with him, as they plead for her patience and offer apologies while promising to get her and her daughter home safely. But then she gets a look at him, and both their worlds come to a crashing halt. She knows this man. Her long-dead husband is the lunatic.

Warning: This book is intended for mature audiences. This book contains violence and abuse both real and implied, and sexual situations that may be disturbing for some readers.