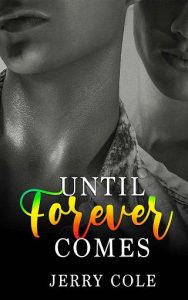 Bryce Taylor is a small town kid on his first ever trip to the city. It’s a school excursion, but where all his friends are paired up with their new girlfriends, Bryce sits alone. Unlike his classmates, Bryce has never wanted a girlfriend… not yet, anyhow. Unfortunately, this means he’ll be spending his first day ever in Sydney by himself. But damn, if he’s not getting used to that by now.

Roman Nowak is a loner who hates his home, hates his school, and generally hates his life. He’s different in just about every way imaginable. Deciding to skip school for the day, Roman soon finds himself being chased by bullies, and is about to get pounded on when Bryce steps in and saves the day.

In an act of gratitude, Roman offers to show Bryce around, and soon, the two connect in a way neither expected. Where Bryce thinks he’s made a new friend, one whose bond he can’t explain, Roman knows what this is… it’s just a shame that when the day comes to an end, the two part ways, never to see each other again.

It’s four years later and Bryce is at the airport, on his way home for the holidays. By pure chance, Roman is at that same airport and before the two men know it, they’re catching up like old friends. It feels like fate. But, when Bryce’s plane arrives, the two are again forced to say goodbye, never to see each other again.

Two men, destined to be together, kept apart by circumstance. Forever meeting, always departing, hoping that one day they are brought together for good. Can their love survive the eternal wait? Will fate finally throw them together or will they always be like two ships that pass in the night?

Please Note: This book contains adult language and steamy adult activities, it is intended for 18+ Adults Only. Novel, approximately 73,000 words in length. HEA (happy ever after ending). Does not end with a “cliffhanger.” Themes includes: Love, romance, soulmates, destiny and fate