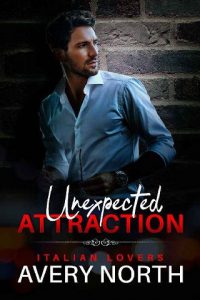 He broke her heart. Now he wants her back. But does she love another man?

With her dreams of a happy engagement to Alessandro shattered, Gianna is left heartbroken and feeling adrift. Relying on the comfort of his good friend Lorenzo, she’s faced with making plans for her future which no longer include love. But beneath the surface, something more might be going on between them…
Eager to move on with his life, Alessandro pushes Gianna out of his mind by focusing on his business. He’s convinced it’s over between them… until a terrible realization makes him question everything he thought about their relationship.
And when Gianna’s mother decides to jumps into her dating life with a scheme to bring the two of them back together, Gianna is forced to make a choice – she can either forgive Alessandro and fall back into his arms, or follow the butterflies and give into her growing feelings for Lorenzo…

Can Gianna and Alessandro see past their differences and realize that they’re supposed to be together?