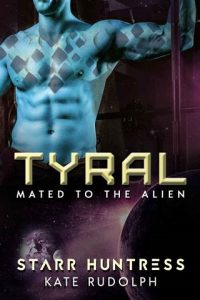 One week to live…

Tyral NaRaxos is traveling home to say goodbye one final time. The curse of his people has caught up to him and with no denya – mate – to save him, he will die on his next birthday. But when his ship is attacked by pirates, he’s given one last hope he never imagined.

A price on her head…

Dorsey Kwan has flown through the stars for the past five years after leaving Earth and never looking back. But someone is after her and she doesn’t know why. Captured by pirates, she’s wasting away, every day crawling closer to an inevitable sale to the highest bidder.

Ty knows Dorsey is his mate, but before they can thrive, they must survive. And even if they can defeat the pirates, there are worse enemies after both of them. A man living on borrowed time doesn’t care about making enemies, but given the chance he will fight with everything he has to ensure his mate’s survival…and his own.