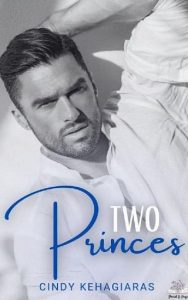 In 1995, New York City, Los Angeles, and the Mediterranean kingdom of Safina are worlds apart, but bound by love.

When terrorists attack Safina’s royal family, its two princes handle things differently. One wants revenge, and the other wants to save the beautiful country on the Mediterranean’s coast.
New York lawyer, Jay Salas, has avoided his role as Safina’s prince his entire life. But when his cousin, Rhys, goes on an all-out rampage seeking revenge on the terrorists, Jay must navigate the consequences of his cousin’s disastrous actions. Meticulous and determined, Jay devises a plan to stop Rhys from inflicting more harm on their ancestral home. But there’s a wildcard—someone who threatens to tear apart the cousins, someone who owns their hearts.
Cori Bennett didn’t expect to be dragged into the middle of her ex-lover’s family drama. Used as a pawn by all sides, she doesn’t know who to trust. Career-focused and fiercely independent, Cori doesn’t have time to hunt down terrorists for her out-of-control ex, or his sexy cousin. But apparently, the fate of Safina is at stake.
Only one thing is certain: in order for love to succeed, they’ll have to learn to trust each other and follow their hearts.