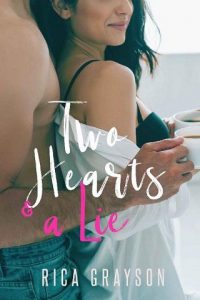 Blaire:
Charismatic, chart-topping singer, I was Ryan Carson’s biggest fan…
Until he became my brother’s best friend, and turns out he isn’t anything like I’d imagined.
But for one reckless night, he kissed me. Worse, he read my diary. I swore then that he’d become my enemy.
Now my sister’s getting married. The singer she’d chosen to sing her wedding songs? None other than Ryan Carson. He’s as cocky as ever, and a thorn on my side. He’s asking me to be his “arm candy”, like accepting it is so hard to resist.
I can’t wait until this wedding is over.

Ryan:
She’s my best friend’s sister.
She claims she hates me, but when she looks at me with those brown eyes, I know it’s anything but hate.
So I make her an offer–help me promote my upcoming album by becoming my fake girlfriend.
What she doesn’t know? There is no promo.
I let her walk away six years ago. This time, I’ll do my best to keep her.