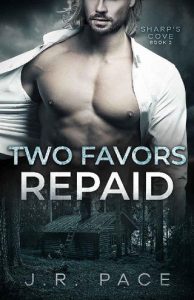 Many in Sharp’s Cove thought the killer was long gone … they thought wrong.

Chief Deputy Sheriff Rob Hope loves his job. He will do everything in his power to keep all Sharp’s Cove residents safe but there’s one woman in particular that he can’t bear to see hurt, and that’s Emma Farley. He almost lost her a year ago at the hands of a sadistic killer, and the memory still keeps him up at night.
Emma doesn’t like to think of herself as a victim. She’d promised herself she wouldn’t let the attack define her yet here she was, a year later, still looking over her shoulder at every turn. Still deathly afraid.
When Stephen Ford, the serial rapist and killer who terrorized Sharp’s Cove, is apprehended by the FBI and insists on speaking to Emma, she and Rob find themselves working closely together. And, as it becomes clear that the killing is nowhere near done, both Rob and Emma vow to do whatever it takes to keep each other safe.