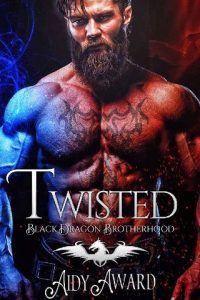 He’s found his fated mate, and she is his enemy~
Tia, hates everything she has become. She’s nothing more than a tool for the mysterious Cult known as OWL and their greedy plans to spread chaos throughout the world.
She’s ready to end it all but can’t when the shining soul of her dragon-shifter true mate brings a new light and purpose into her life. But he’s too late for her to escape her fate.
Trip is the Black Dragon Brotherhood’s deadliest weapon and he’s been sent to take out the only thing standing between good and evil.
Except fate has played a cruel trick on him. The witch he must capture and kill to save the souls of every supernatural being in the the shadow demon’s path, is his one true mate.
He knows the only choice is to destroy her soul and his own in the process if he wants to save everyone else’s including his own brethren.
Fate sucks and true love is even worse.