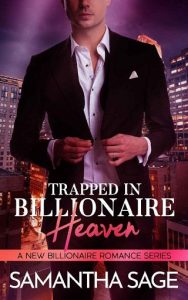 A beautiful young woman, a young billionaire, and lost properties bring together two people from as different backgrounds as night and day.

When Avery learnt that her stepbrother Stefan had lost the properties left behind by her father in a gamble with billionaire Liam Howard, she hoped that by approaching him and explaining her situation she could get back her home and at least have shelter for her sick mother. But there’s one small problem in her plan—Liam was a harsh businessman who would never just give out what he earned without getting something in return.
AVERY
Liam Howard is a straightforward neanderthal who asks unbelievable things of me in our first meeting. But guess that’s expected of a self-made billionaire at such an age and looks like the stuff of every woman’s dream. He had probably not had a lot of refusals in his life. If my mother’s well-being was not dependent on finding an agreement with him, I’d tell him what I really think of him—but I might not be able to find words for the erotic spasms that are running through me at his sight.
LIAM
I have met several women from all walks of life, but Avery is different. And it isn’t after I touched her that I knew how much the difference was–she’s the special one. She’s able to push past my façade of a tough businessman in designer suits and flashy cars to reveal the real me to even myself. Unfortunately, I had only shown her the ruthless man who could limit her choices just to get what I want. Would I be able to show her my true self before I lose my chance of redemption with her?