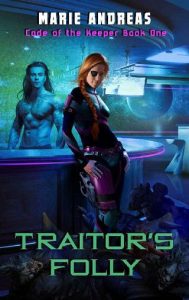 Vaslisha Tor Dain had a simple life as a mercenary captain. Then a bunch of murdering Asarlaí stepped up and made things messy.
After a long recovery, she and most of her crew are ready to return to a nice, normal mercenary life of fighting where they are paid to fight instead of trying to save the Commonwealth.
Things start to go off course when a mysterious ship comes far too close to her secret home planet. A ship that’s been missing for over fifty years.
Then invaders from outside the Commonwealth show way too much interest in Vas and her crew—the type of interest that leads to death.
The crew finally gets a job and undercover one outside the Commonwealth. Simple. Just find who has been stealing cargo from a major Commonwealth firm, get paid a lot of money, and come back.
Things are never simple. Now Vas has to deal with pirates, murderers, long dead nuns, and an invasion that looks to be heading for the Commonwealth.
This time the Commonwealth alone isn’t at risk—the entire Universe is.