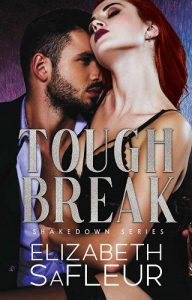 Declan Phillips, Shakedown’s owner, doesn’t pine for women. They come to him. Throw themselves at him. Except her.

No one understands his obsession with cold, angry Phoenix Rising. But how could they? How could they know what she did for him so long ago? He owes her and he won’t stop until every trace of the hurt and betrayal he sees in her eyes is gone.

Phoenix won’t give in to his adoration. She made a pact long ago.

Never to be separated from her sisters again.
Never to be swallowed whole by another’s agenda.
Never allow a man to dictate her life like their deadbeat father.

Declan should move on. He should stop tempting her. Stop being so damned perfect.

At least he was perfect until she learned his family connections.