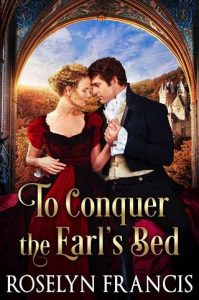 He saved her from scandal, but he trapped her in his scheme…

Edmund’s hatred for his uncle festers beneath the surface. He let his father die, sick and helpless. Now that his downfallen earldom has passed to his only nephew, Edmund must secure a wife from an influential family to keep his new title.
However, his need for revenge is still boiling. Who would want to marry a man who plans to end his bloodline?
Lady Margaret’s wish to marry for love will soon be destroyed. For a hideous gentleman tries to force himself on her, marring her reputation forever.
Who would marry a lady with a blackened name in society?
When Edmund sees Margaret’s predicament, he knows that marriage seems like a win-to-win situation for both.
Margaret’s hopes for a happily ever after blossom again after this unexpected proposal.
Yet, her new husband avoids her like the plague. How can they share a future if he can’t even share her bed?
She played with his mind, he played with her heart…