Home
contemporary romance
Till Next Time by Cora Brent (ePUB) 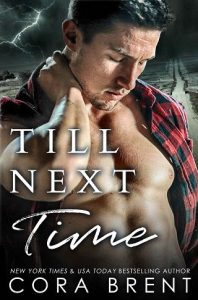 Till Next Time by Cora Brent – Free eBooks Download

I met Colt Malene when I was fourteen years old.
And I’ve never recovered.
He became the headstrong star quarterback in a town that idolized high school football titles.
Meanwhile, I was the coach’s dutiful perfectionist daughter, never daring to step out of line.
We should have stayed far away from each other but we didn’t.
And the volatile fallout was unbearable.
More than a decade has passed and now my father is dying.
He wants to make amends.
He wants to be forgiven for the role he played in Colt’s ruinous downfall and my painful heartbreak.
To give a dying man some peace, Colt and I agree to a plan.
While Colt is here in town, we pretend to date.
We pretend to like each other.
We pretend that the past is buried and forgotten.
But with one reckless, passionate act we carve a new future.
Leading to a fate we never suspected.
In the middle of a storm we never saw coming.
And an ending no one could have predicted…

TILL NEXT TIME is a 112,000 word stand alone. Two extreme opposites resist a blistering attraction, make a fake dating pact, shock their small town, and ultimately fight for their second chance at a happy ending.