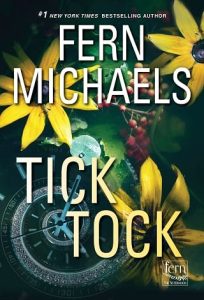 In a thrilling new story of female empowerment, adventure, and vigilante justice from the legendary #1 bestselling author, The Sisterhood reunites to avenge an attack against one of their own…

The Sisterhood: a group of women from all walks of life bound by friendship and years of adventure. Armed with vast resources, top-notch expertise, and a loyal network of allies around the globe, the Sisterhood will not rest until every wrong is made right.
The women of the Sisterhood have developed a motto: “Whatever it takes.” Regardless of how dangerous an adversary may be, or how overwhelming the odds against them seem, the group’s devotion to each other and to their cause has helped them achieve the seemingly impossible.
But there’s a price to pay for success. In the course of both their official careers and their top-secret missions, the Sisterhood—and their menfolk—have acquired enemies. Myra has been feeling uneasy of late, and her fears are justified when her adopted daughter, Nikki, is seriously injured. With Nikki in a coma, and Nikki’s partner, Jack, convinced that the organization’s online security has been breached, the women of the Sisterhood are more vulnerable than they’ve ever been.
On their trail is a vicious felon with scores to settle and a network of accomplices willing to do his bidding, for a price. He’s set his sights on vengeance, and the attack on Nikki is just the beginning. Though frantic with worry about her daughter, Myra and her beloved Charles know it’s time to summon the others and figure out how to take the fight to the enemy’s door. Because no one targets one of their own and gets away with it . . .