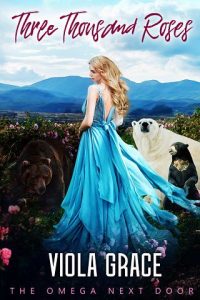 Lexa’s life has been a fight but now an alpha from her past has offered her protection and safety with the help of two others. For her daughter’s safety, she will pay their price.

Lexa’s debut as an omega was traumatic and left her scarred. She has spent the five years since fighting to keep her adopted daughter and keep her sanity.
At the limit of her resources, there is a knock on her door and the love of her life from five years earlier is standing there and he finally asks her what happened after he left her. Her answers shake him and he leaves. There is a certain amount of peace to seeing him again and she gets on with her life.
Two weeks later, he returns with an offer of protection and safety with two other alphas of his ursa type who have agreed to form a unit for her benefit. Lexa thinks about the safety of her daughter and she agrees to meet the first of her prospective mates. His identity shocks her and his clever tongue makes her head spin.
The next prospect is terrifying, adorable, and enthusiastic. She gets lost in his arms and she agrees to his protection. Her original mate from years ago is willing to stand aside and act as guardian, but it doesn’t feel right to ignore him. Their connection feels like it was never broken and her heart aches for him.
Can she really start anew with the man from her past and two charming strangers?