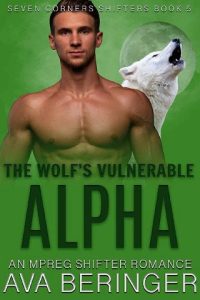 An omega who’s big, tough, and strong is helping me catch the thief who stole from my youth center. Will he steal my heart instead?

True Ramirez is not your typical omega. He’s big, he’s strong, and he’s head of security for his pack. He’s not the sweet, cuddly type, and most who meet him are put off. The idea of being mated never crossed his mind, because love isn’t for omegas like him. He wouldn’t know who would be able to handle him, or who might want him. Maybe Morty, the alpha who runs the local youth community center, where True donates to support at-risk kids. When brand-new computers get stolen from the center, True goes on a mission to get them back. He staunchly ignores the irritating feelings growing for Morty. After all, it could never be in the cards for them, right?
Morton Willoughby is not your typical alpha. He’s short and not super strong, and he doesn’t have as much toughness to offer as other alphas do. He’s been waiting all his life to find his dream omega, settle down, and have a family of his own. Now pushing forty, it seems like a pipe dream. He often wonders, what omega would want him? He’s the director of a community youth center, and he puts his heart and soul into his three hundred kids there. When a major theft occurs, Morty’s desperate for help. He reaches out to the most thoughtful donor, the rough-around-the-edges omega True Ramirez. True vows to help him get the stolen equipment back, but this time, will Morty’s heart be stolen instead?

Can True find the culprit? Will True and Morty realize that they’re perfectly mismatched? Will they give the Safehouse family a new addition?