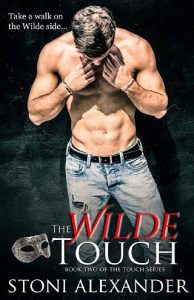 Looks can be deceiving…
​
Emmy-winning journalist Alexandra Reed returns to the DC area with two goals in mind—care for her ailing mom and steer clear of devastatingly handsome Crockett Wilde. But the man who stole her heart, then broke it, is impossible to avoid. As her life spins out of control, she finds pleasure in her secret escape. And that’s when things really heat up…
Tech CEO Crockett Wilde is at the top of his game, but beneath his calm surface lies a raging volcano. When he finds the monster who abducted his sister, he’ll unleash a decade of pain. The one person who can subdue his demons—beautiful, headstrong Alexandra—wants nothing to do with him. Yet, he’s determined to set the record straight and not let the love of his life get away.
As Alexandra follows a trail of suspicious incidents, Crockett seizes the opportunity to prove he’s not the bad guy she believes him to be. Together they unmask an underworld of evil. But it’s the moment she goes missing that changes their lives in unimaginable ways.