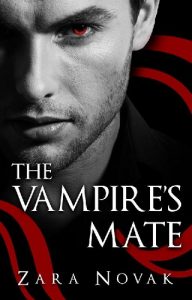 A war is rising in the vampire world, and a new enemy emerges from the darkness, threatening to wipe vampires from the earth forever. All Kat can do is try to survive, but she already made the most crucial mistake: she fell in love with a vampire, and now it could cost her life.
Ansel and Kat are summoned to help the Belmont vampires with the troubles that plague their family. A new breed of vampire hunters have risen, and the dark magic possessing them poses a serious threat to the vampires around the Castle Belmont. As the groups come together, new friendships and relationships are formed, and love and romance blossom in the strangest places. The vampires need to secure the prophecy to save their kind, but new enemies appear at every turn, threatening to end them once and for all.
Kat’s sister, Ruth, finds herself trapped in the Red Keep and her mind is only focused on one thing: escape. She forms a friendship with a fellow runaway and soon finds that there is more to the mysterious man than she first realized. A strange power lurks behind his curious yellow eyes, which stirs up unusual emotions inside of her.
Love and lust spiral out of control as alpha vampires fight to protect their destined mates, and the fate of the next generation is left hanging in the balance…