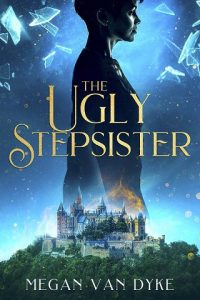 Only Anna knows the truth about Cinderella: The pauper turned queen wasn’t the victim, but the bully.

Anna fled when the castle guards came to arrest her mother and sister on Cinderella’s orders. But leaving them in bondage at the Fairy Godmother’s workhouse? Out of the question. Disguised as a young man and taking the name of Ansel, she’ll do whatever it takes to free her family and set the record straight.
Will, a former royal huntsman, was nearly killed for dissenting Cinderella’s rise as queen in the wake of the sudden death of the king and his son. He hatches a plan to take Cinderella down, and encounters Ansel, who wants revenge just as much as he does.
Drawn together by a common goal and burgeoning feelings neither can ignore, Will and Ansel enact a plan to assassinate the queen. But when that goes awry and buried secrets come to light, they’ll have to choose: continue running from their pasts or accept themselves in order to forge a new future together.